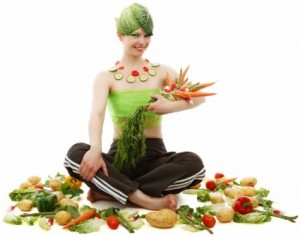 Organic is the buzz word these days amongst most urban households.  Organic foods are supposed to be healthier, safer and fresher. But are these claims well grounded? Should we switch over completely to organic foods?

A study done at the Stanford University that analyzed more than 200 research papers comparing the benefits of eating organic versus conventionally grown foods concluded that organic foods are not healthier.  However, Dr. Benbrook found in his own studies that there is a full 94% reduction in health risks if you eat organic foods rather than commercial foods.  The Stanford researchers had noted that organically grown produce had 30% less toxins than conventional crops, but did not calculate the health benefits based on the actual residues in food that pesticides leave.

Another study published in the British Food Journal found that organic crops tend to take in more nutrients from the soil, since they have to work that much harder to grow and survive.  And so, foods end up with 60 to 70% higher levels of antioxidants.

But more important than nutrients or antioxidants, is the fact that there are increasing concerns about pesticide residues in foods sprayed indiscriminately by farmers.  A US based study found 40 different pesticides in strawberries, out of which 30% were neurotoxins, 30% were associated with birth defects, 33% were cancer causing, and 65% can cause liver damage.  Exposure to pesticides may affect brain development and lead to ADHD (Attention Deficit Hyperactivity Disorder) in children between 8 and 15 years old, according to a study published in the Journal Pediatrics.

The Ministry of Commerce monitors certification of organic products in India, under the National programme for organic production. Certified organic products carry the India Organic Seal, but certification is only mandatory for exports!  Domestic products still come under the Agmark Act, and many products announce “Organic by Trust” (meaning, whether or not you believe it is up to you!) A point to be noted is that any product that has less than 70% of its sources as organic cannot claim to be organic.  A label that claims 100% organic must carry the India Organic Seal, or may also be certified from US, Australia or European Union.

But in India, there are many false claims and it is a well-known fact that most departmental stores that supposedly store organic fruits and veggies do buy from the regular wholesale markets and then brand them as organic.

Organic foods also tend to have limited shelf life and get spoilt faster.  If you decide to switch over to organic foods, do your research and ask pertinent questions to find out the origin and genuineness of the products.   A better option may be to grow your own organic kitchen garden if you have the space.

Eat fresh, healthy and get the best nutrition from hand crafted meals put together by a team of certified nutritionists and food professionals, at caloriecare.com.

Please enter your email below. We will send you the password