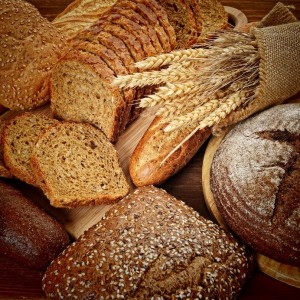 A shot in the arm for this theory has been provided by a new study.

The National Institutes of Health (NIH) and the American Association of Retired Persons (AARP) jointly conducted the largest health survey in 1995 mailing over 3 million questionnaires to adults aged between 50 and 71 years in six states of US. Over 500,000 responses were obtained, and a further follow up mails were sent in 2005.

The new study conducted by researchers in the Harvard School of Health led by Lu Qi analyzed the results of the NIH – AARP diet and health study and found that a diet rich in whole grain cereals was associated with a reduced risk of premature death.

This study was published in the BMC Medicine. The study also showed a reduced risk of dying from chronic diseases such as cancer, heart disease, respiratory disease and diabetes in those who consume a diet high in fiber.

Whole grains such as whole grain wheat, brown rice, jowar, quinoa, and whole grain oats contain the entire seed of the plant that contains the germ, bran and the endospore. The germ contains the most nutrients, including thiamine, niacin, soluble fiber, vitamin E and oryzanol (in rice bran). When cereals are processed, the germ and the bran are removed, as retaining this portion reduces shelf life of the grain. What we get after removing the germ and the bran, is the starchy endosperm, devoid of nutrients. Bran and germ are rich sources of dietary fiber and antioxidants.

A typical Indian consumes around 2000 calories per day, or approximately 250 grams of cereals. To reduce the risk of chronic diseases and premature death, one should consume close to 68 to 70 grams of whole grains, i.e., 30% of your cereals should be whole!

The results threw up more interesting findings when it came to chronic disease risk reduction.  There was an overall 48% reduced risk of death from diabetes, and this holds a huge significance for Indians as we head the world in the number of diabetics.  The study also found 11% reduced risk of dying from respiratory disease and 15% lower risk of cancer in those who consumed a diet high in whole grain cereals.

The researchers state that the possible anti-inflammatory and antioxidant properties, apart from the well-known sugar and cholesterol reducing properties of fibers in these whole grains are responsible for these health benefits.

Get the right balance of whole grains in each meal at Calorie Care. Order your perfectly balanced nutrition at caloriecare.com.

Please enter your email below. We will send you the password